This page is a tribute to our dear friend, father and husband, Alan M. Kidd,  Amherst Island Rocket Scientist and co-Host of The Vinyl Exam, who passed away November 30th, 2008. 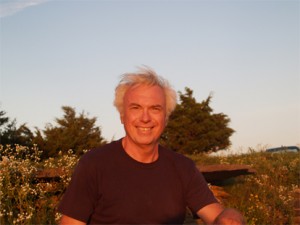 There is a place to enter comments & remembrances of Alan at the bottom of this page.  Please share your thoughts with other friends there. CLICK ON any of the images or thumbnails here to see a larger version.

*To Hear Alan’s retelling of the story of his first year on the Island in 1971, CLICK HERE

*To hear Alan’s recounting of crossing the ice from the Island to the mainland, 3 miles away in the winter of 1971, CLICK HERE

*Promo for The Vinyl Exam, the show he co-hosted with Leah (Click to listen)

A radio-play that Alan starred in  (as Detective Sergeant Keith Townsend) from May 2008, written by Island playwright Michael Joll: There’s a Girl in my Bed” (Click to listen- 56 mins long) 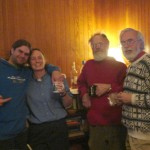 The Story of Alan M. Kidd,  by Judy Roberts,  presented at his memorial service. Alan’s parents both came from poor families in the heart of Kentucky Appalachia coal mining country.  His mother was the oldest of 5 children, his father from a family of 6.  They both attended Berea College* in Kentucky which still today provides affordable higher education to Kentuckians of limited means.  TO READ THE REST OF THE STORY, CLICK HERE 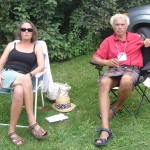 ALAN KIDD, a reflection at his memorial service, December 3, 2008 by The Rev. Zander Dunn. Alan Kidd was far above most of us. He had his head in the stars. He was literally interested in the heavens. I’ve chosen three images to help us remember Alan and to help us consider how Alan reflected God in his life. TO READ THE REST OF THE STORY, CLICK HERE 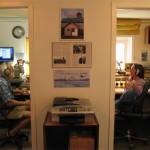 Alan’s final 24, and the week that followed, by T. Richmond. On Saturday night November 29th, about a dozen Islanders were invited for coffee, cider and cookies at the home of friends on the mainland.  Arriving at 7pm, we chatted and cookie-ed ourselves into oblivion for two hours.  The laughter and fun was infectious, a lot of stories got told and retold.  Alan told us all about his new observatory, TO READ THE REST OF THE STORY, CLICK HERE

Lovely Alan: A poem to Alan Kidd as presented to him by co-host and co-tenant Leah Murray February 2008. 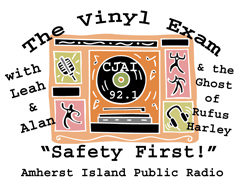 Broadcasting from the Amherstview Foodland Performance Studios in Stella, ON with the help of these fabulous partners!